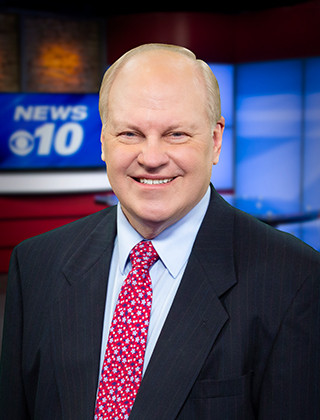 Milt Radford was born and raised in Anchorage, Alaska. He says it was a great place to grow up, especially if you liked the outdoors. He ski raced when he was young, which helped make several orthopedic surgeons wealthy.

Milt divides his career into three parts. After majoring in journalism, he worked in radio and television news for several years, but eventually burned out on the glamour of covering city council meetings. He operated a family business for a couple of years, and then joined a large hospital where he produced educational media for professional staff and patients. Milt learned things about the human body that are disgusting. Looking for a change, he returned to school, completing the meteorology program at Mississippi State University and obtaining his certification from the American Meteorological Society. He likes forecasting weather because it's the only job in the world where you can be wrong every day and not get fired.

When Milt isn't looking at the sky and walking into things, his main hobby is riding bikes. He rides almost daily, which is kind of obsessive.

Milt and his family have lived in southern Oregon for about ten years and really like it here. He intends to stay until he is forced out by an angry mob with pitchforks.