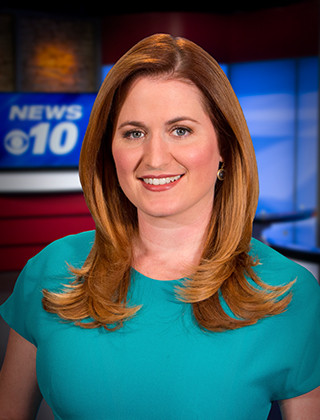 From the South to the West Coast, Trish Glose has made Medford her home. She grew up in Aiken, S.C., but moved when she was a teenager to Las Vegas, where she graduated from Cimmaron-Memorial High School. She received a Broadcast Journalism degree from the University of Nevada, Reno, and was recognized as the "Most Outstanding Broadcast Student" when she graduated. Two weeks after graduating, she landed a reporting job at KTVL. Trish reported for 4 years, anchored the weekend and morning newscasts before settling in to anchor the evening shows.

Trish completed three internships with KRNV-TV and KTVN-TV in Reno before coming to KTVL, and spent a summer with KTNV-TV in Las Vegas.

When she's not anchoring the evening news, or working on getting local restaurants in the West Coast Flavors kitchen, you can find her in her own kitchen, cooking away, learning new recipes, and dancing to Cuban music. She's at her happiest when she's eating, laughing and hanging out with the people she loves. Also an animal lover, Trish adores her "fur babies" her dogs, Mia and Samson and her cat, Emmie. During the summer, you can usually find her enjoying a Britt show, rafting the river or visiting a vineyard or local brewery.

Trish not only fell in love with southern Oregon, but found the man of her dreams here. She married her husband, Chuck in 2008. He's a captain with the Medford Fire Department. She also gained a stepson, who shares her love of food, theater and animals.

Although she misses her family in South Carolina, Trish has made Medford her home.